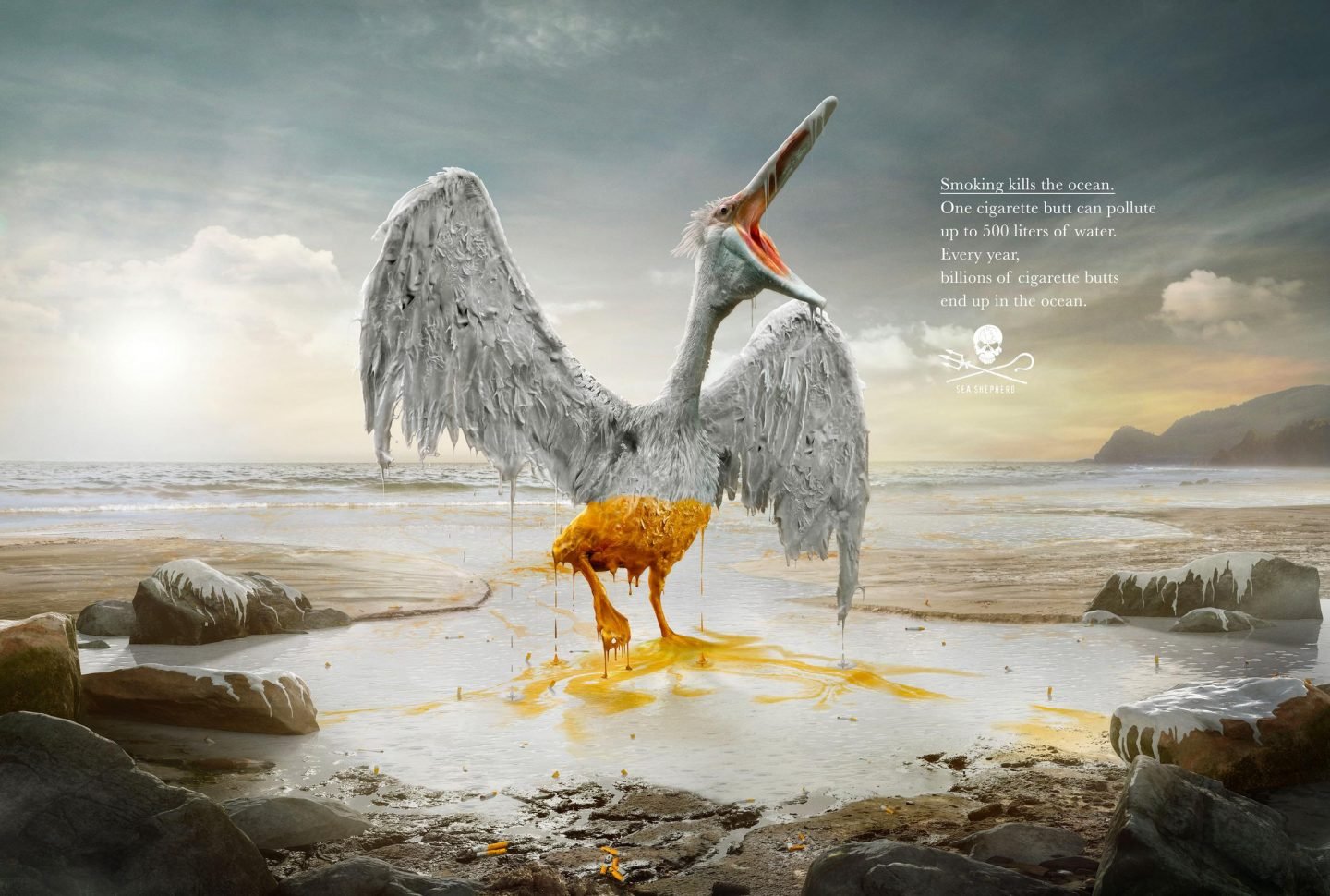 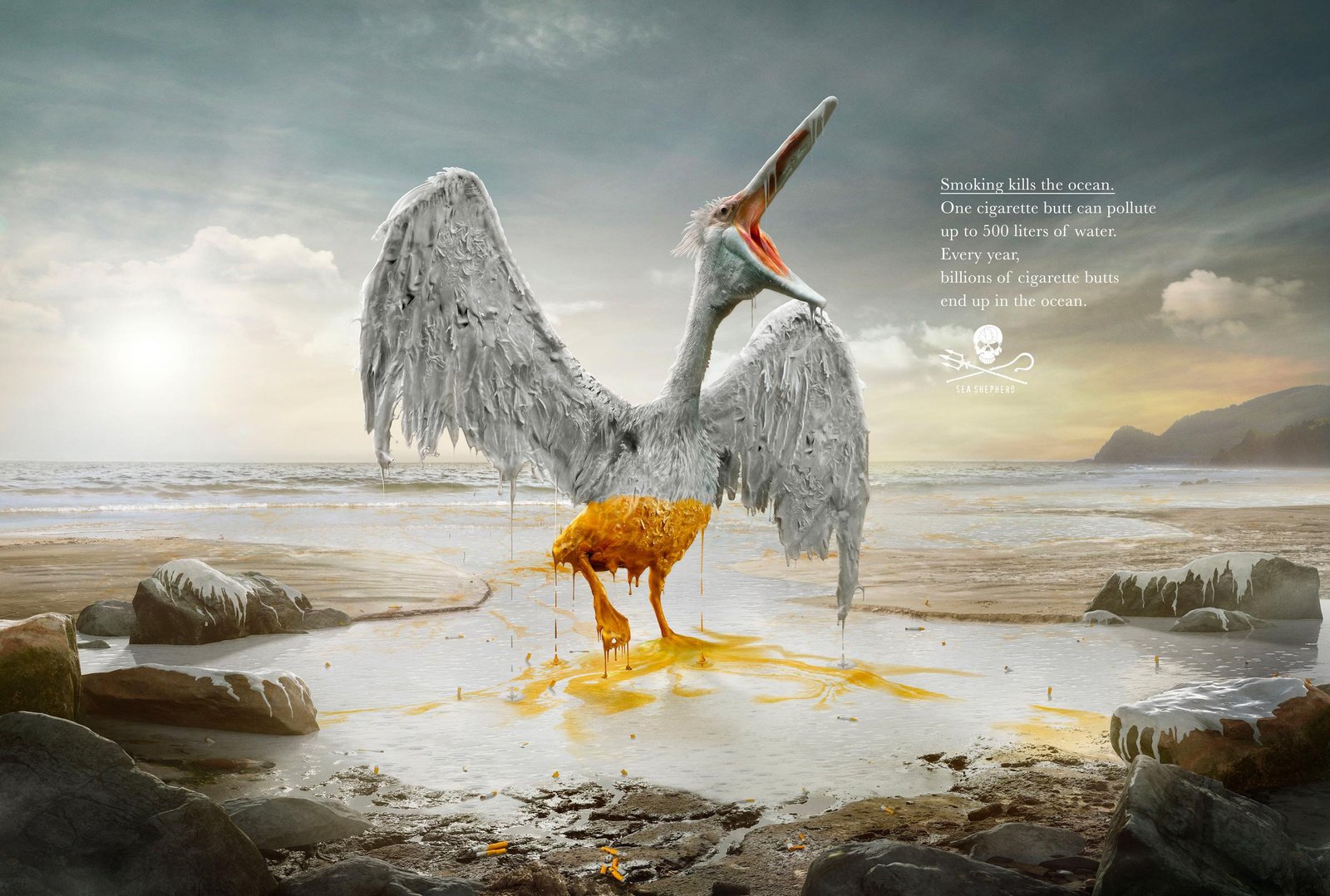 Description: Cigarette butts contaminate the water bodies as much as plastic in all forms does. A tremendous amount of butts end up in sea after being carelessly dumped everywhere on the streets. To bring awareness on this World Oceans Day Sea Shepherd came up with this three ad campaign called “The White Tide”. The ads show marine animals in pain and cry after being hit by an oily tide resembling cigarettes. 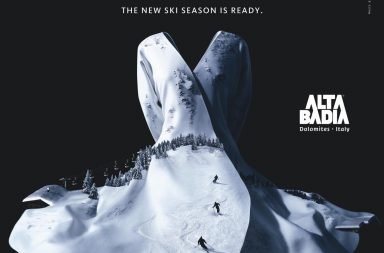 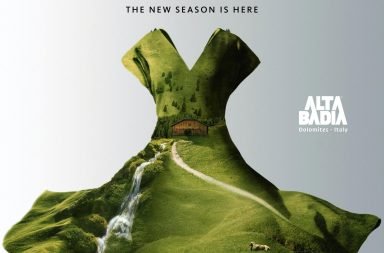 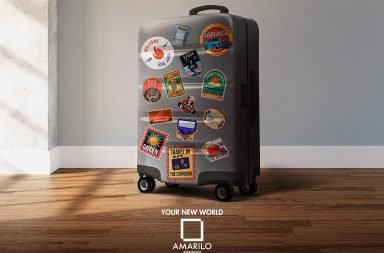