Condensed Milk For The Army

Description: Ichnya is a city where the famous condensed milk is processed. In autumn 2018, Ichnya was agitated by a number of explosions in military stockrooms. The brand lost its reputation among the rumors that their plant was destroyed. To reinstate the brand value a limited batch of сraft “Combat Сondensed Milk” was made to emphasize that in spite of all the horrible events, Ichnya does not give up and continues to believe in the Ukrainian army. Six cans with the image of the war arms together formed a bird’s-eye view of actual battle scenario. 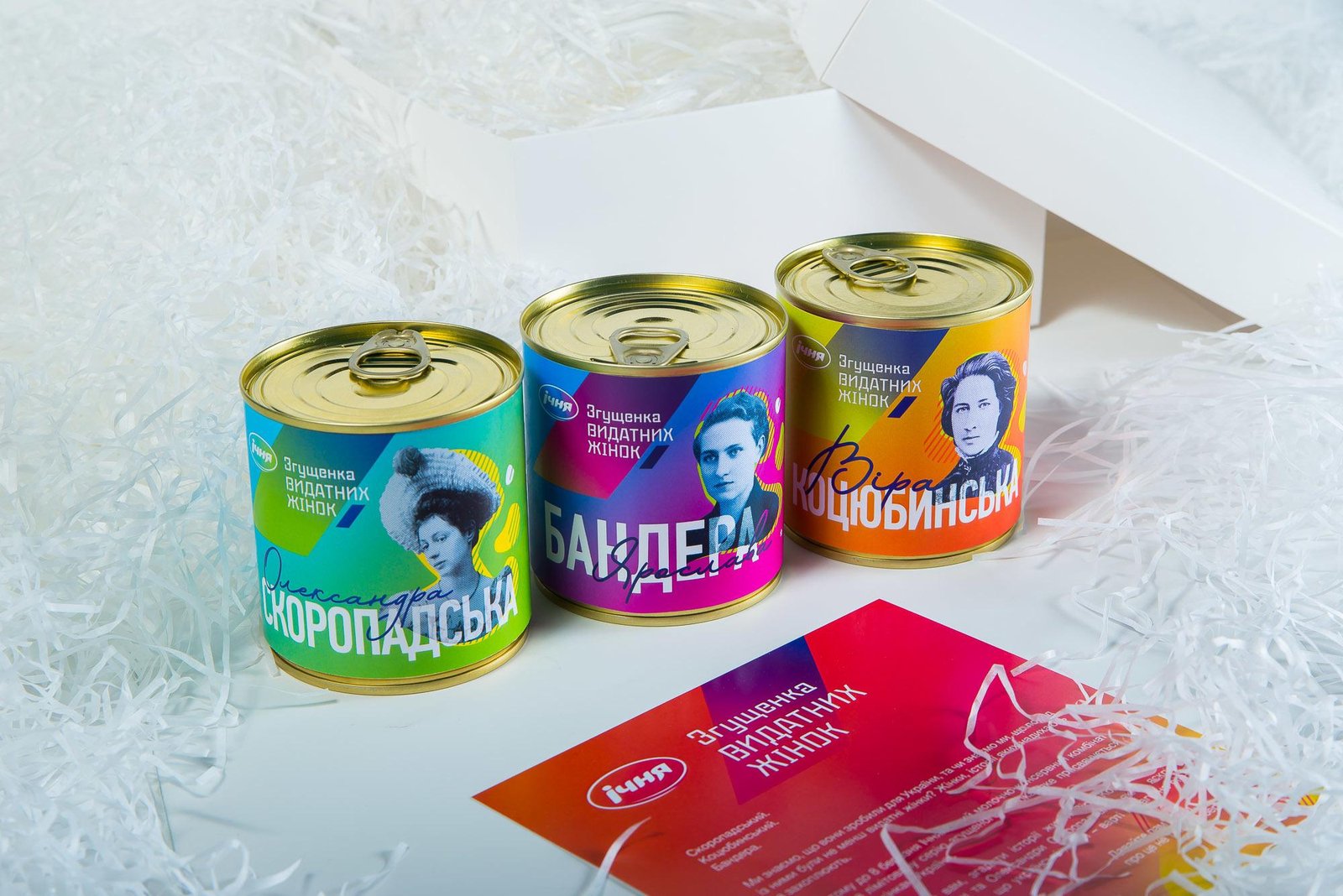 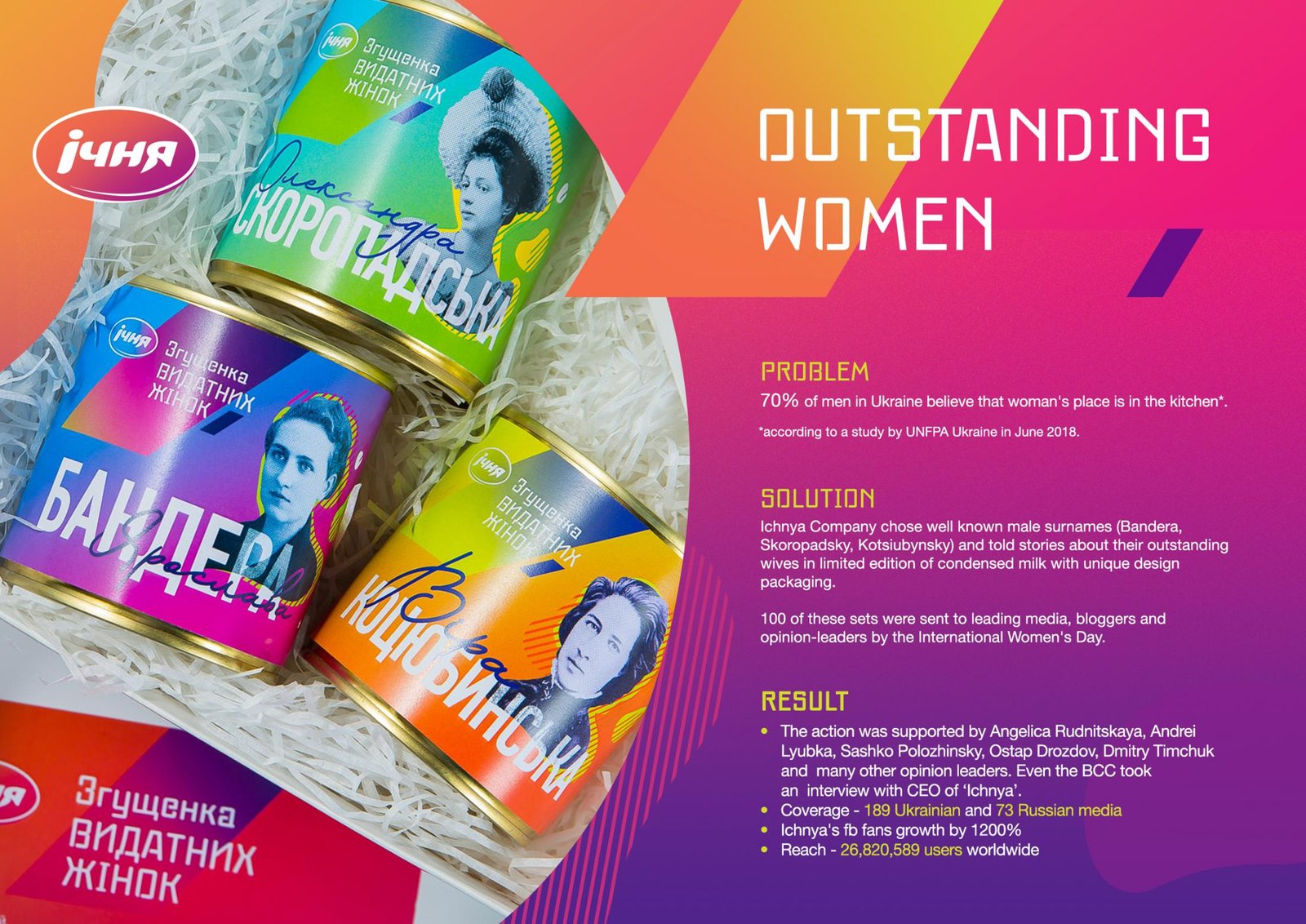 Description: In history textbooks, there are not many women’s names. We heard about the actions of Skoropadsky, Kotsyubinsky, Bandera, but we never heard anything about their better halves who had a straight influence on their spouses, and therefore on the politics of Ukraine. Such non-recognition of women’s role has led to the fact that 70% of men in Ukraine have assumed that the woman’s place is in the kitchen. To highlight the issue, well-known “male” surnames were chosen and the story of women who supported them were told on a packaging art for a restricted set of Ichnya Condensed Milk. One hundred of such were delivered to the famous Ukrainian media, bloggers and opinion leaders. This brave ad got the recognition it required of a lot of Ukrainian and Russian media and the number of fans on Facebook grew thousand times.