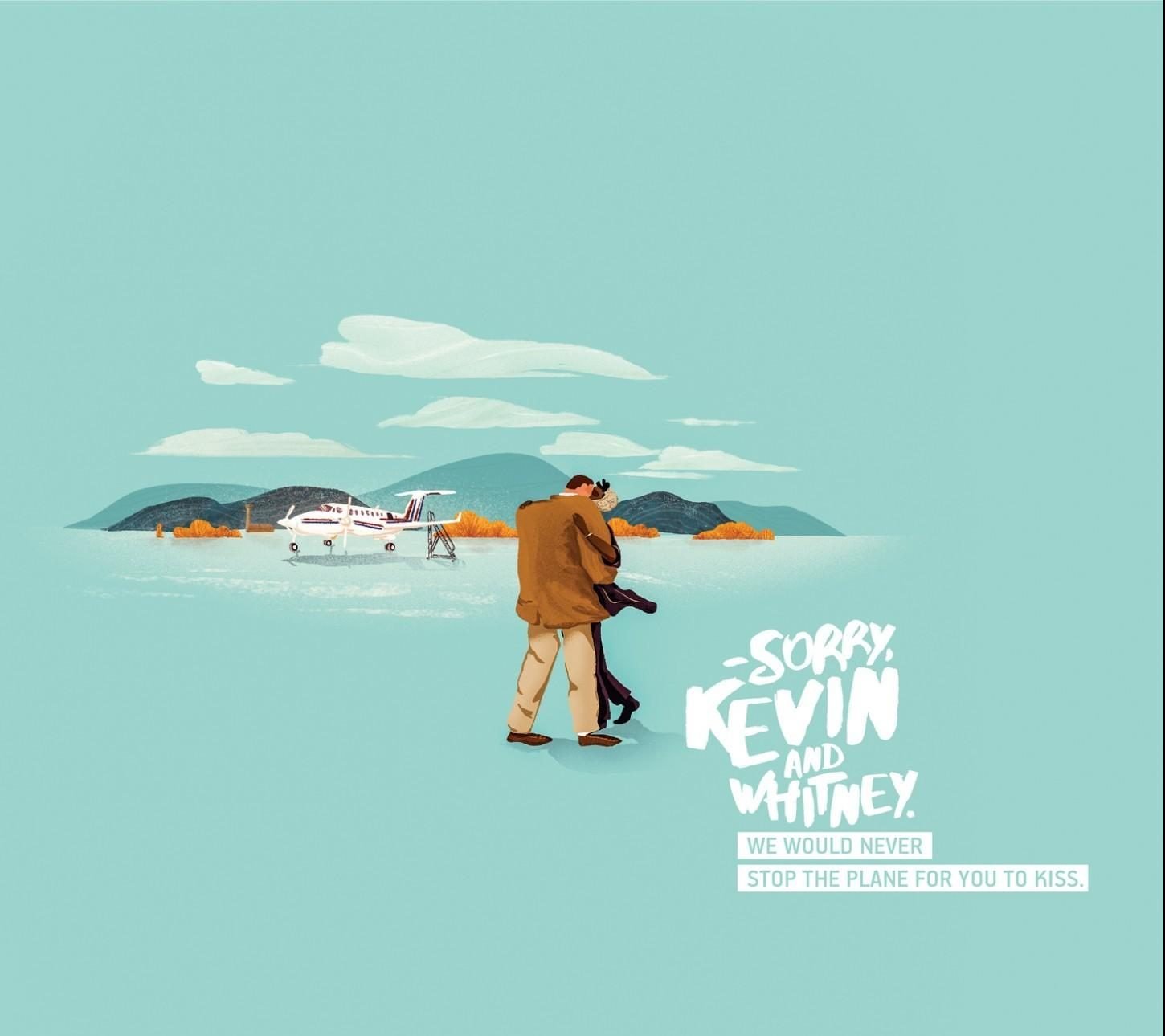 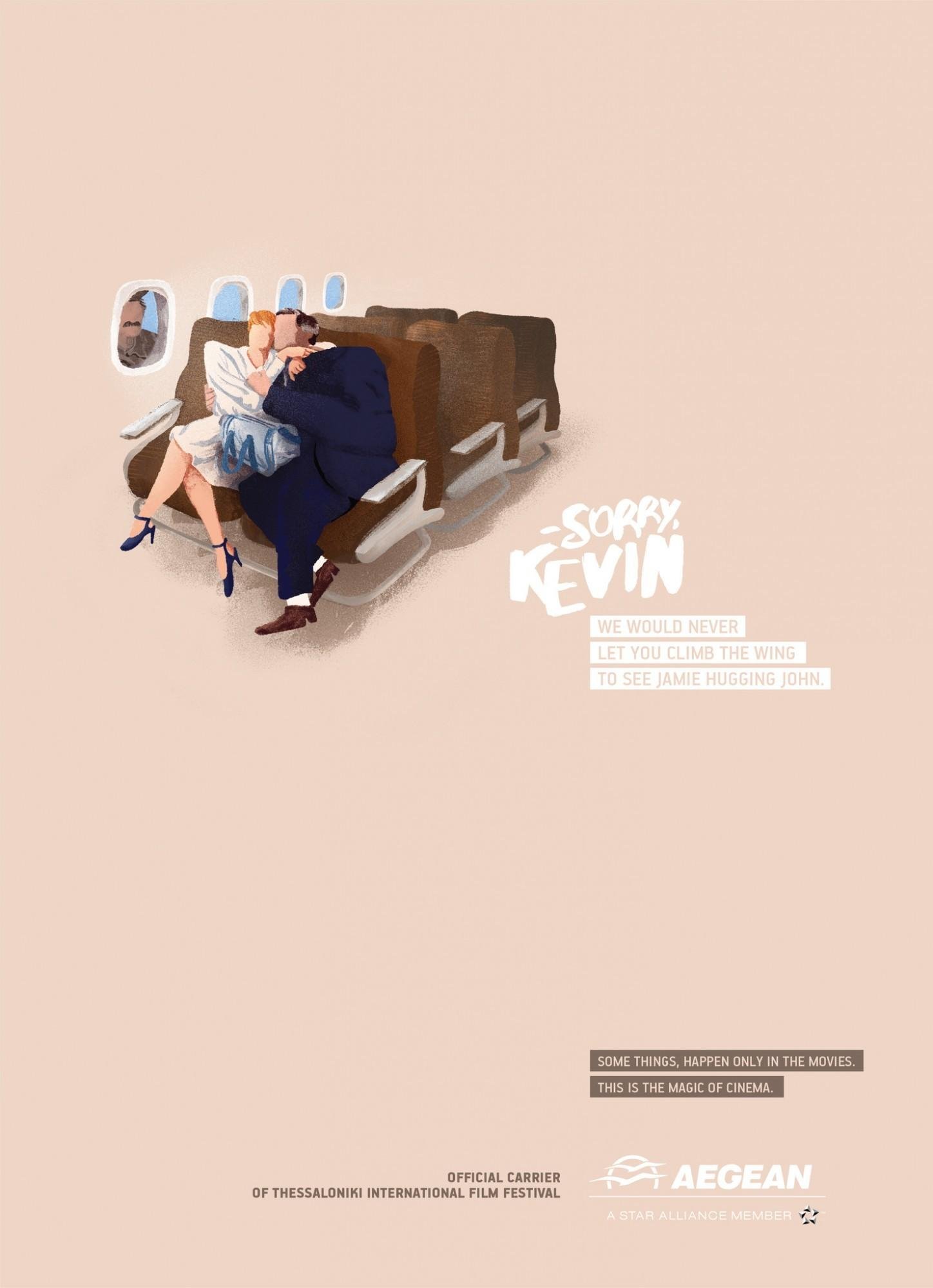 Description: The prime airlines in Greece, Aegean, sponsored the 59th Thessaloniki Film Festival. Exaggerating scenes from famous movies that had something to do with aeroplanes were used to show that they are only sponsoring the event but wouldn’t do anything in real that would put their fliers at risk while in the air.

Caption: Somethings, happen only in the movies. This is the magic of cinema.