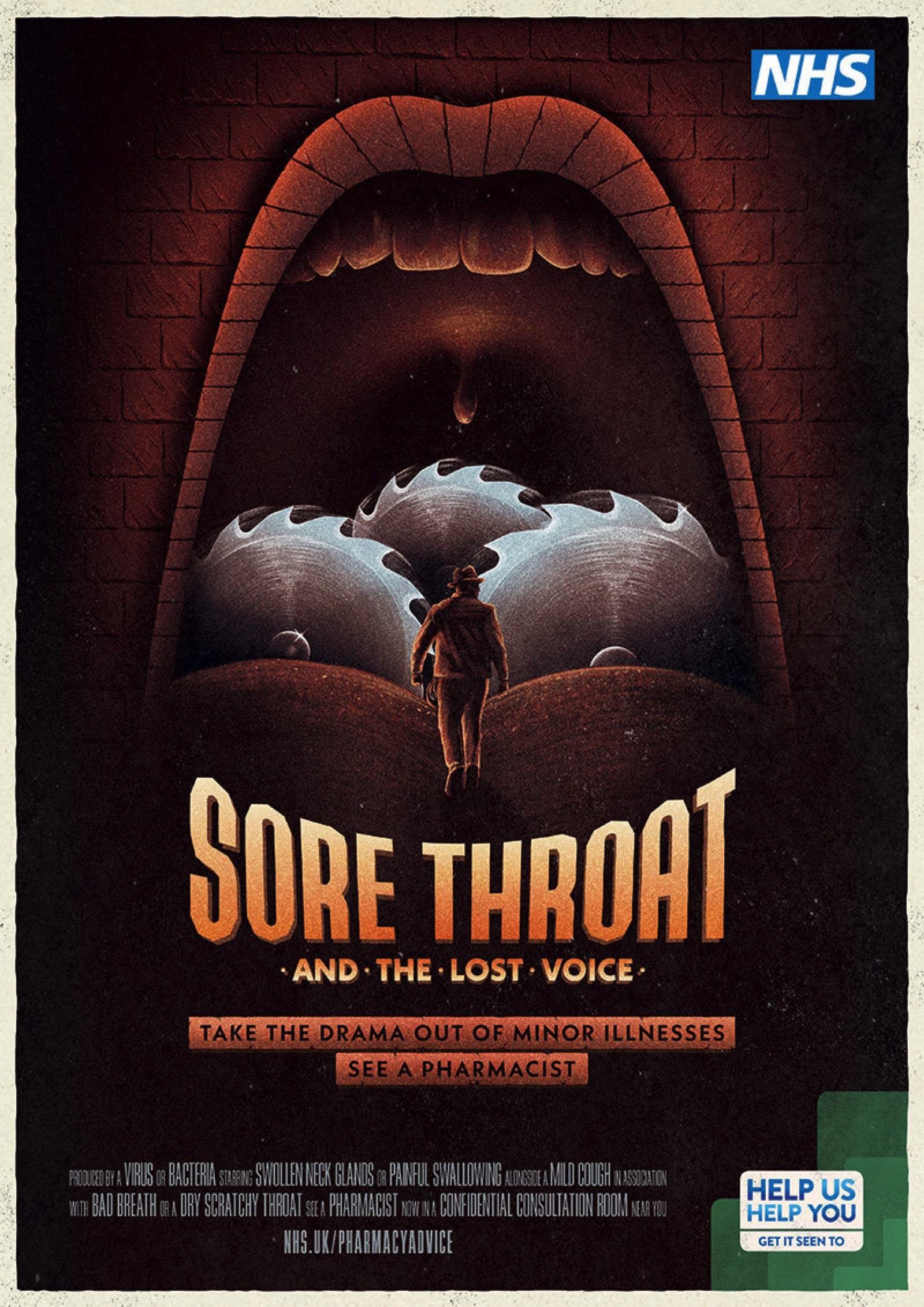 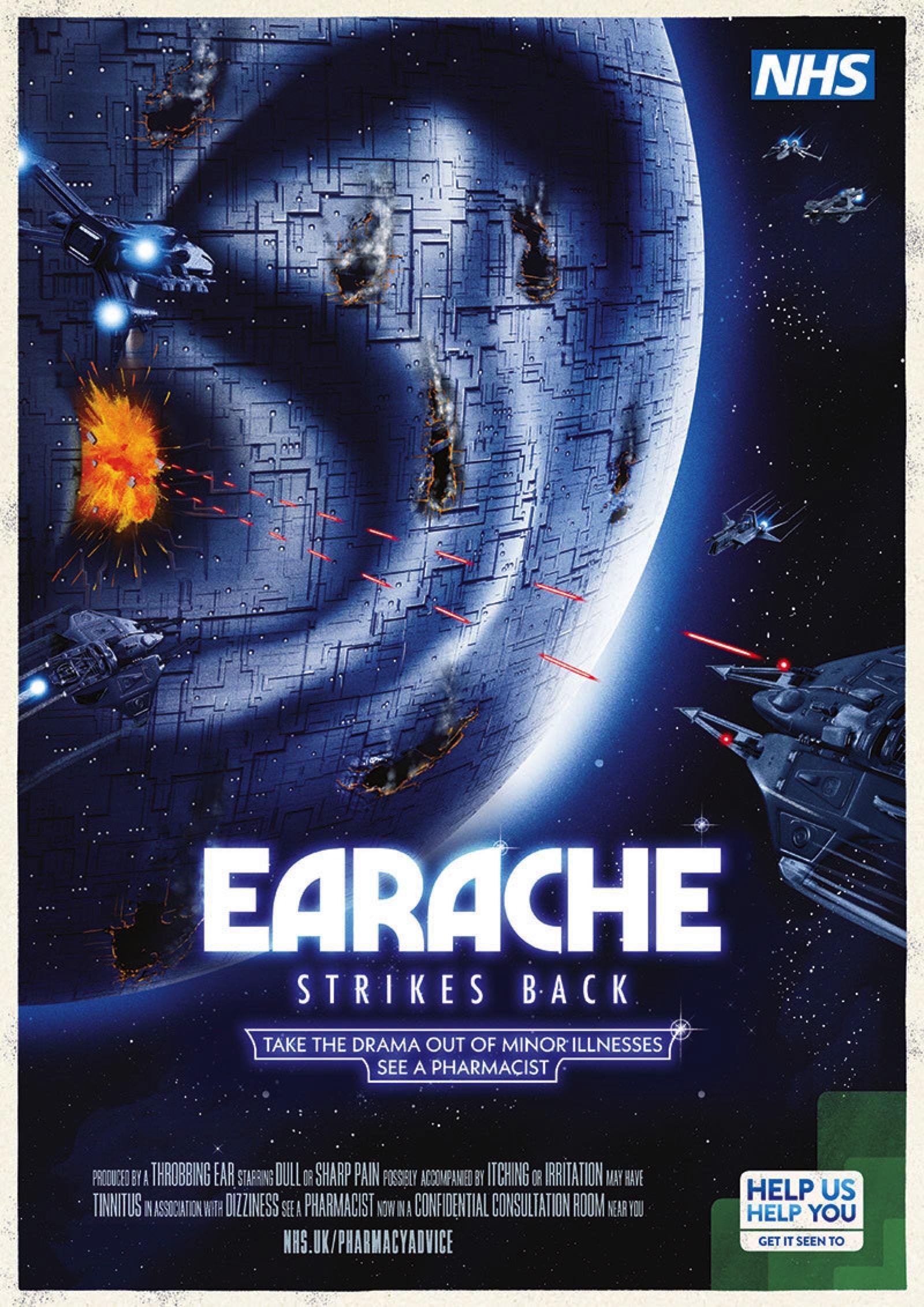 Night Of The Itchy Eye 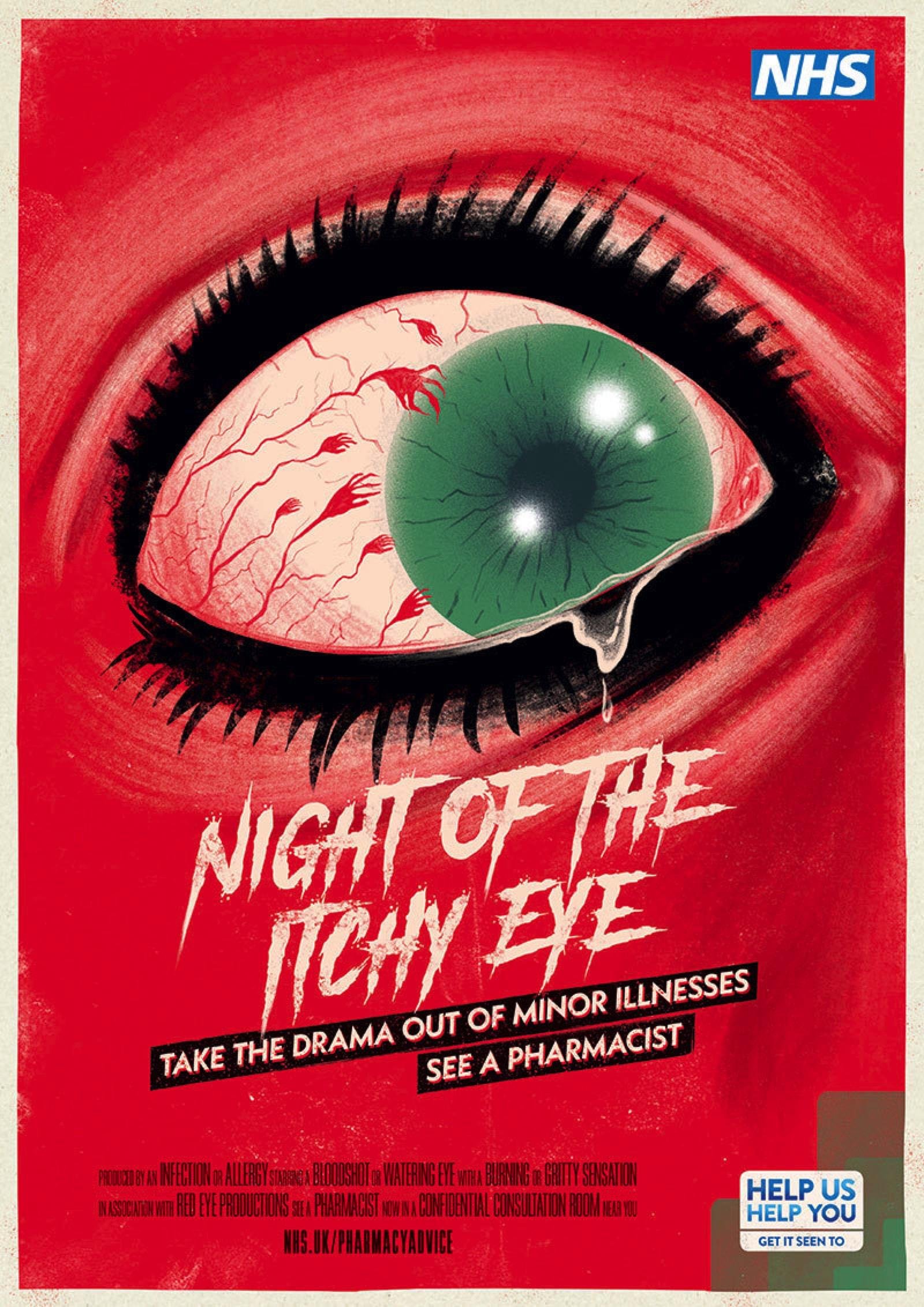 Description: A three print ad campaign by National Health Service, UK, encouraging people to not create a scene over petty illnesses and see their pharmacist first to get relief.

Caption: Take the drama out of minor illnesses. See a pharmacist.