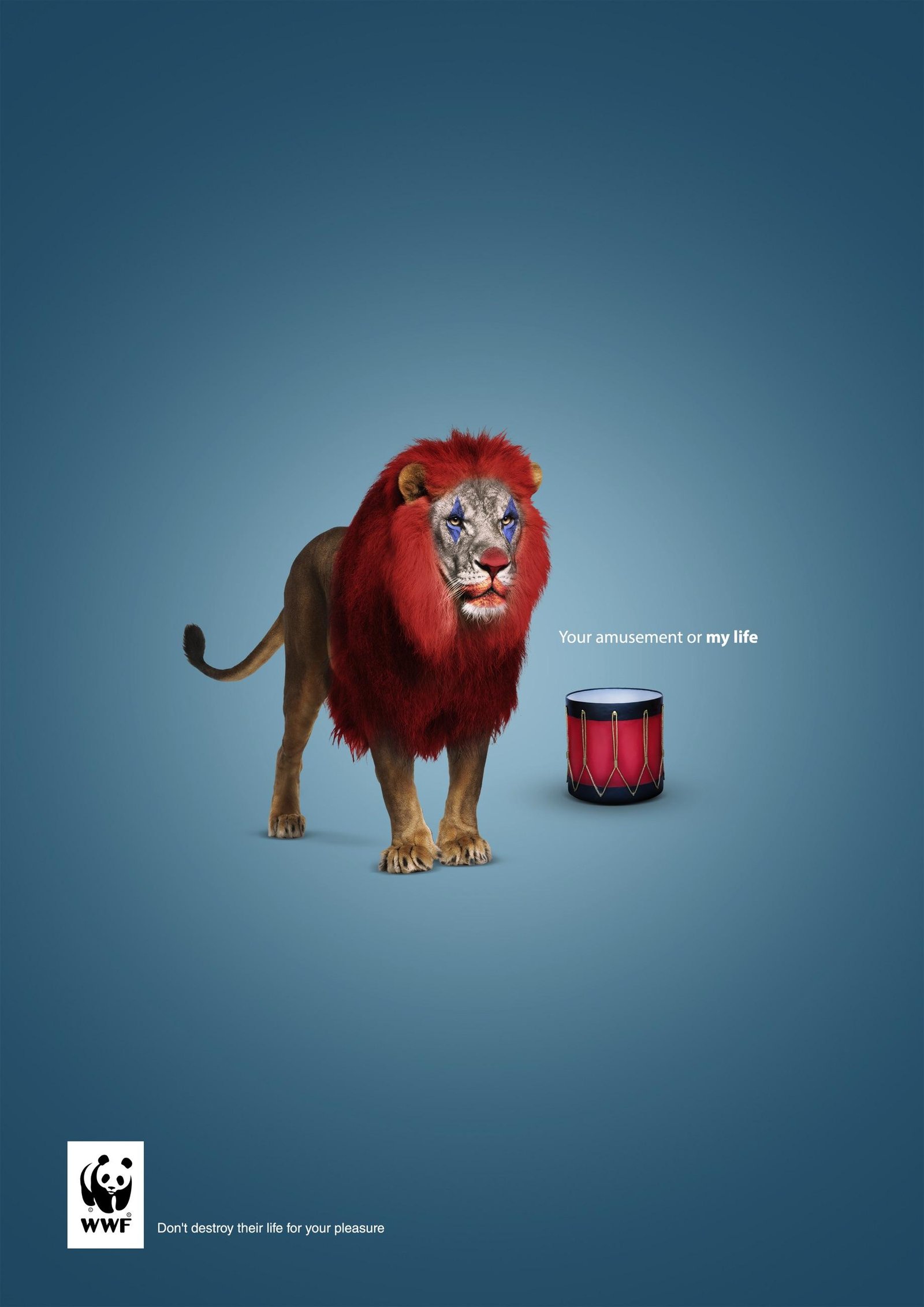 Lion with his face painted standing next to a drum is indication that it has been tamed to perform in a circus. This will lead to lion losing its predator skills and eventual extinction due to eating stale meat. 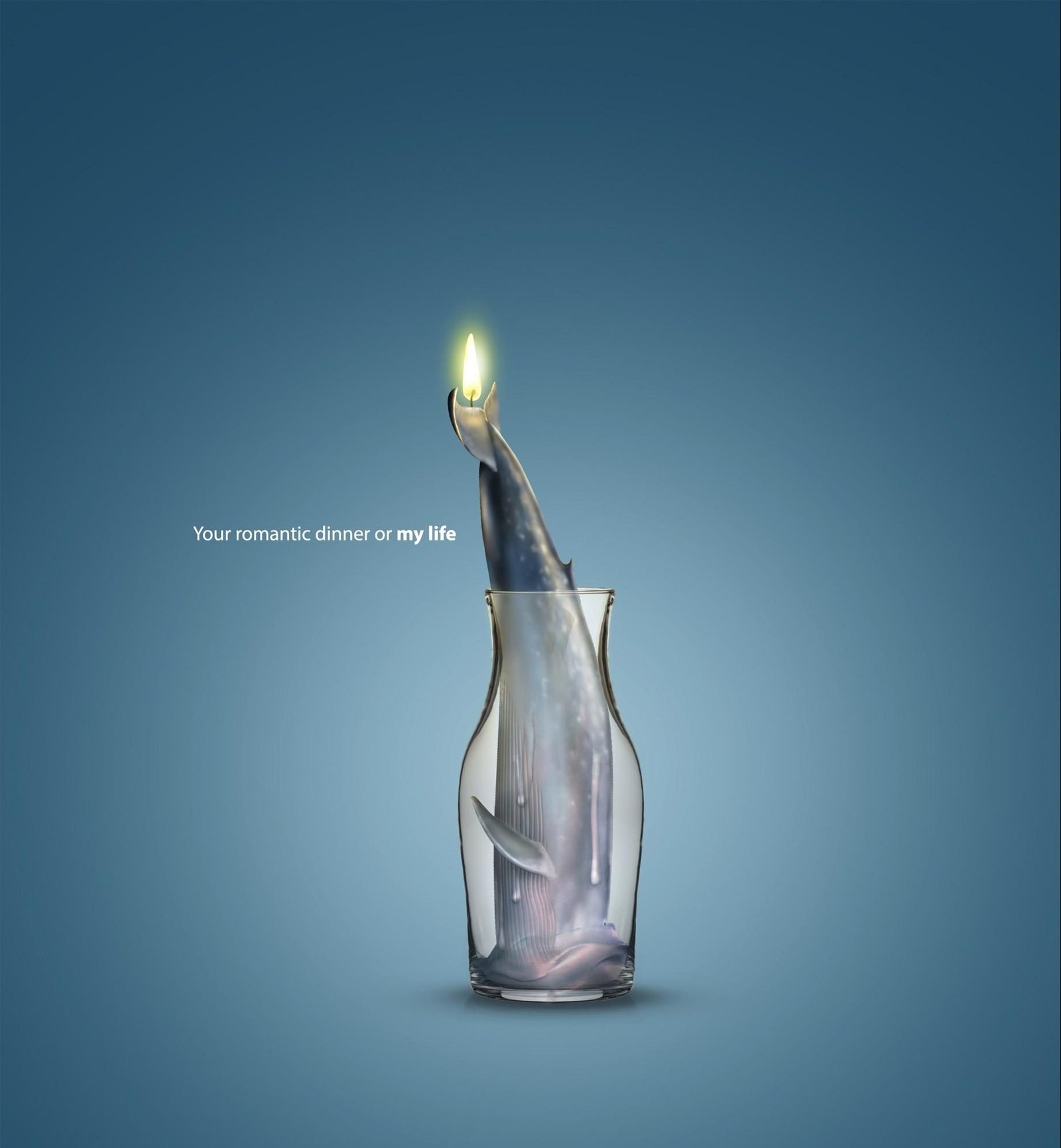 Whale is depicted as a candle as whales are mostly poached for their blubber to get oil which is used in candles as wax, and in oil lamps as fuel. 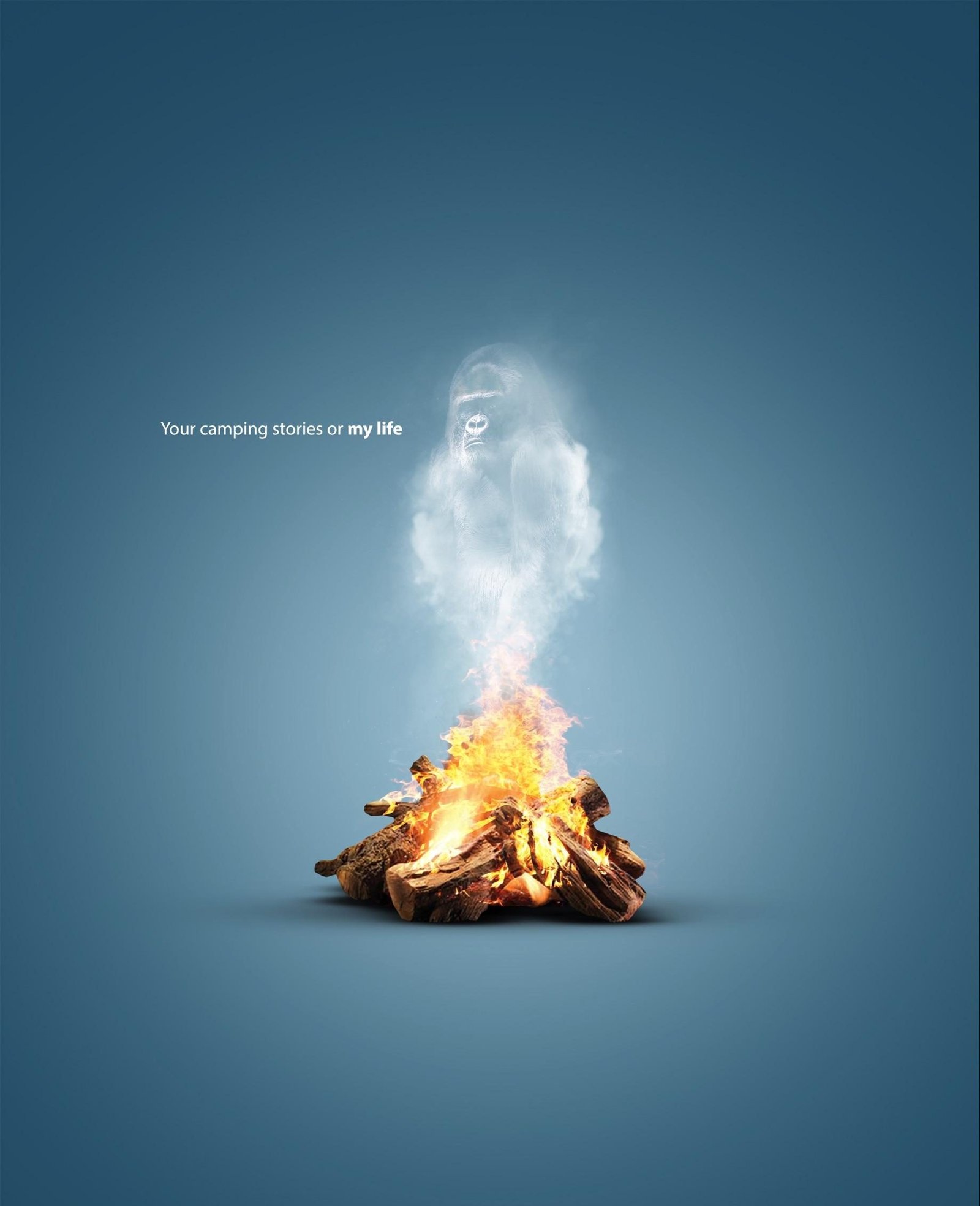 Campfire burns not just the woods but also the Gorillas (wild animals) as their habitat/food is destroyed. 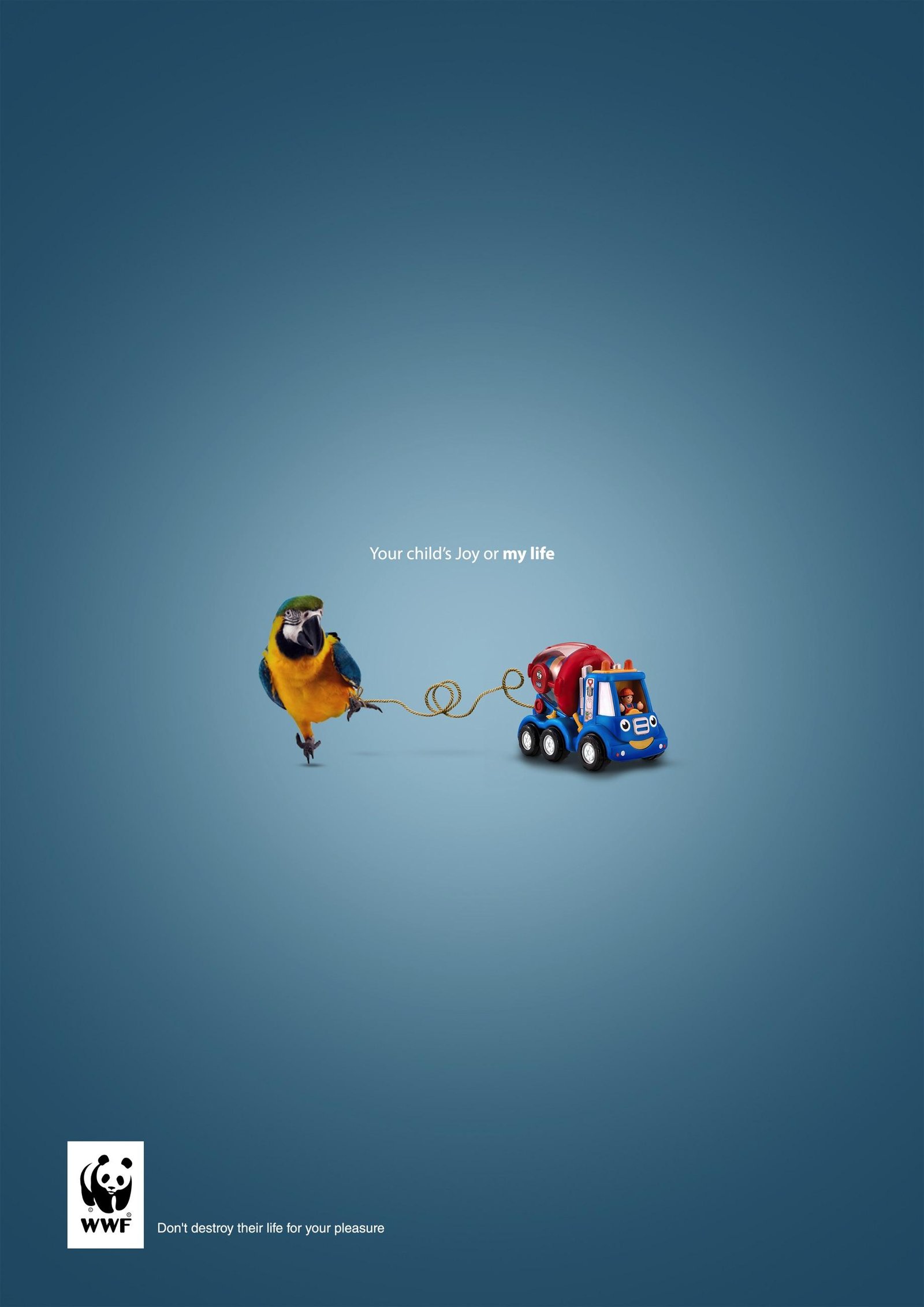 Parrot is tied to a toy and is in distress. Birds are caged or domesticated resulting in losing their freedom of flying around and shunning their growth. 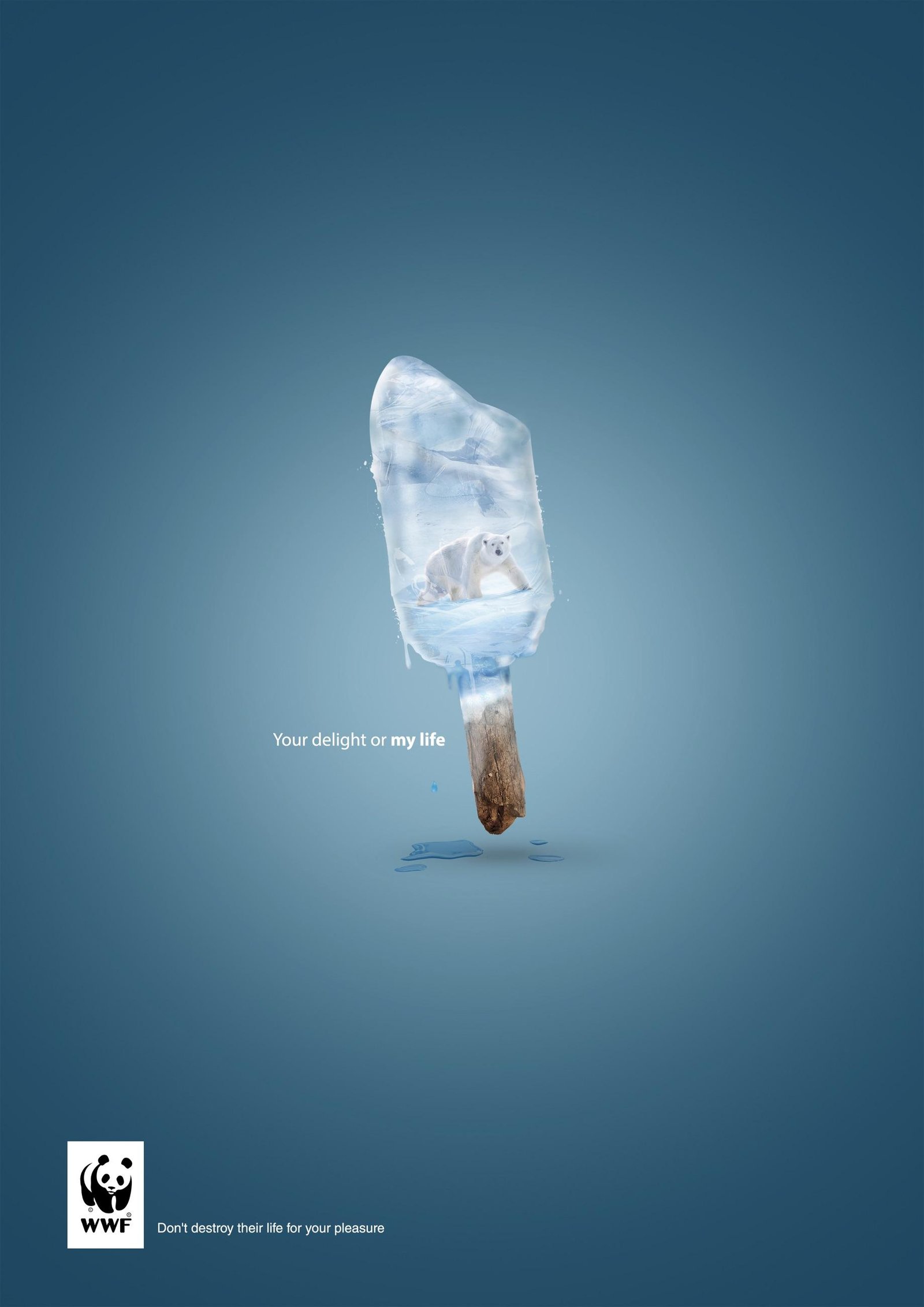 Polar bear is about to lose its habitat as the ice is slowly melting. Deforestation leading to global warming resulting in melting of polar ice and in turn destruction of animal habitat of that area ultimately leading to their extinction. 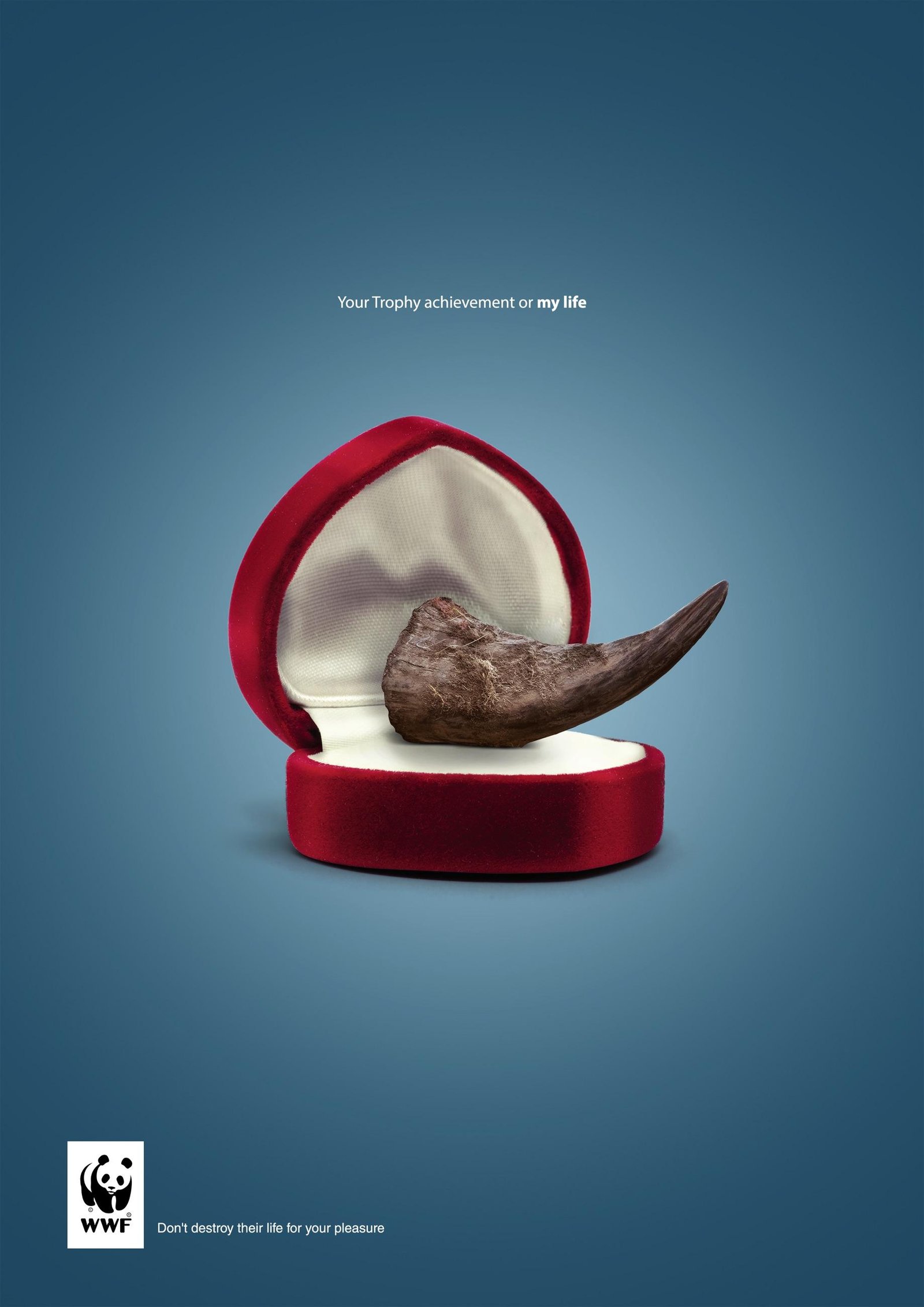 Description: An ad campaign from WWF encouraging protection of animals and their habitat and also to discourage their confinement.

Caption: Your Trophy achievement or my life.