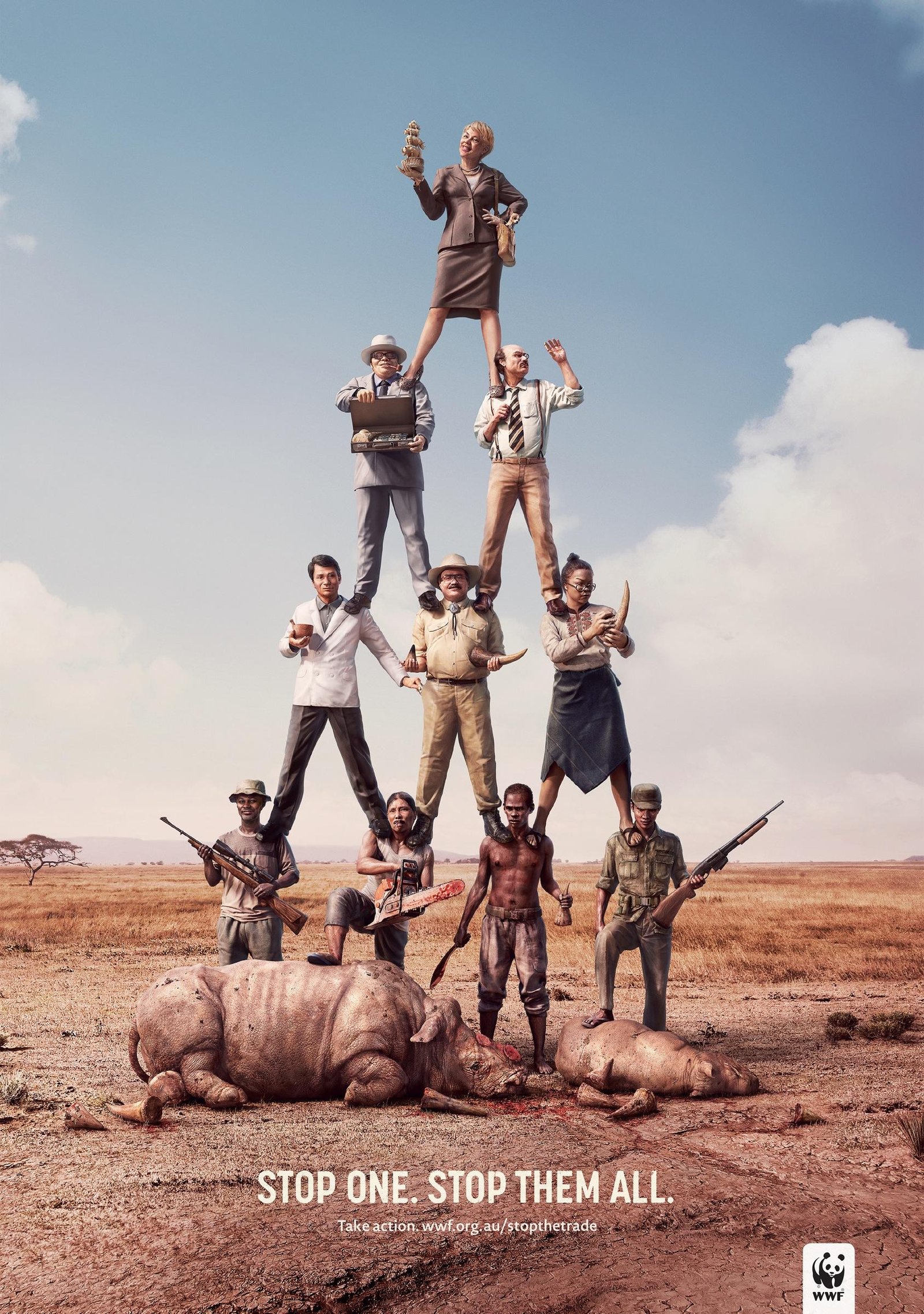 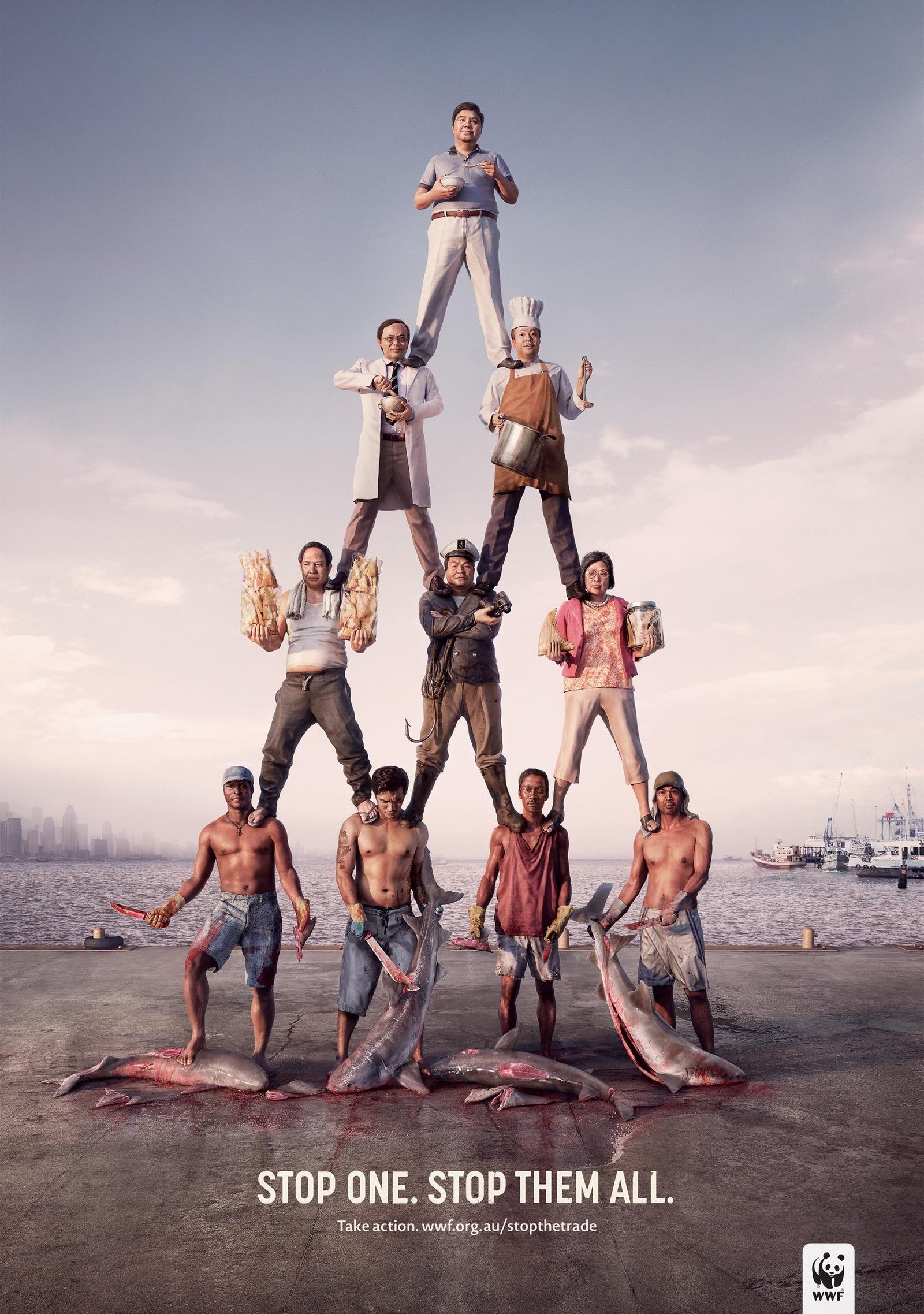 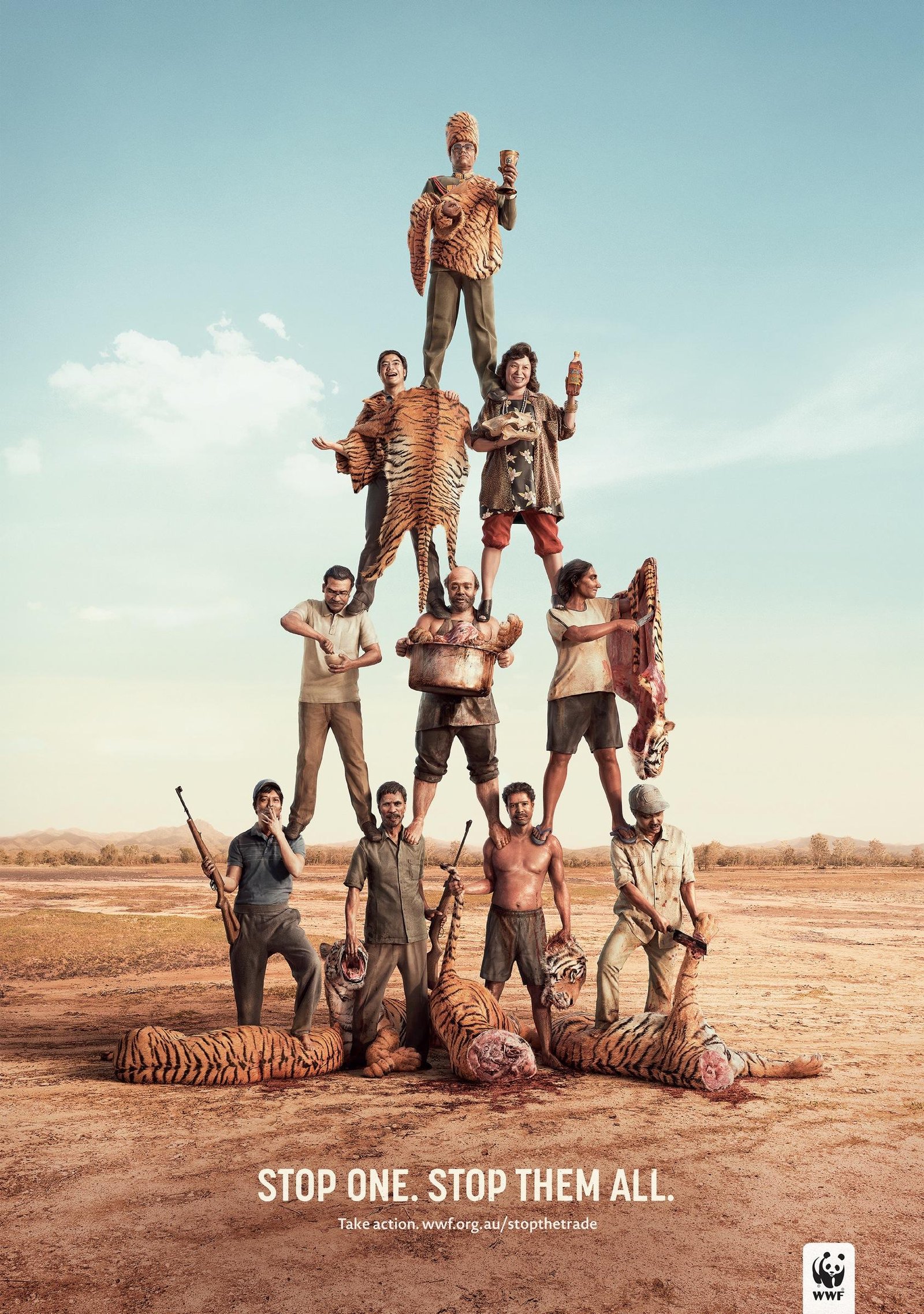 Description: This is an excellent print campaign of three ads for WWF. It signifies a chain of command in the pyramid form with the different people that are a threat for animals : from the intruders to the buyer, through the seller. The pyramid also means that animal poaching could be toppled if any of the levels are removed.

Caption: Stop one. Stop them all.