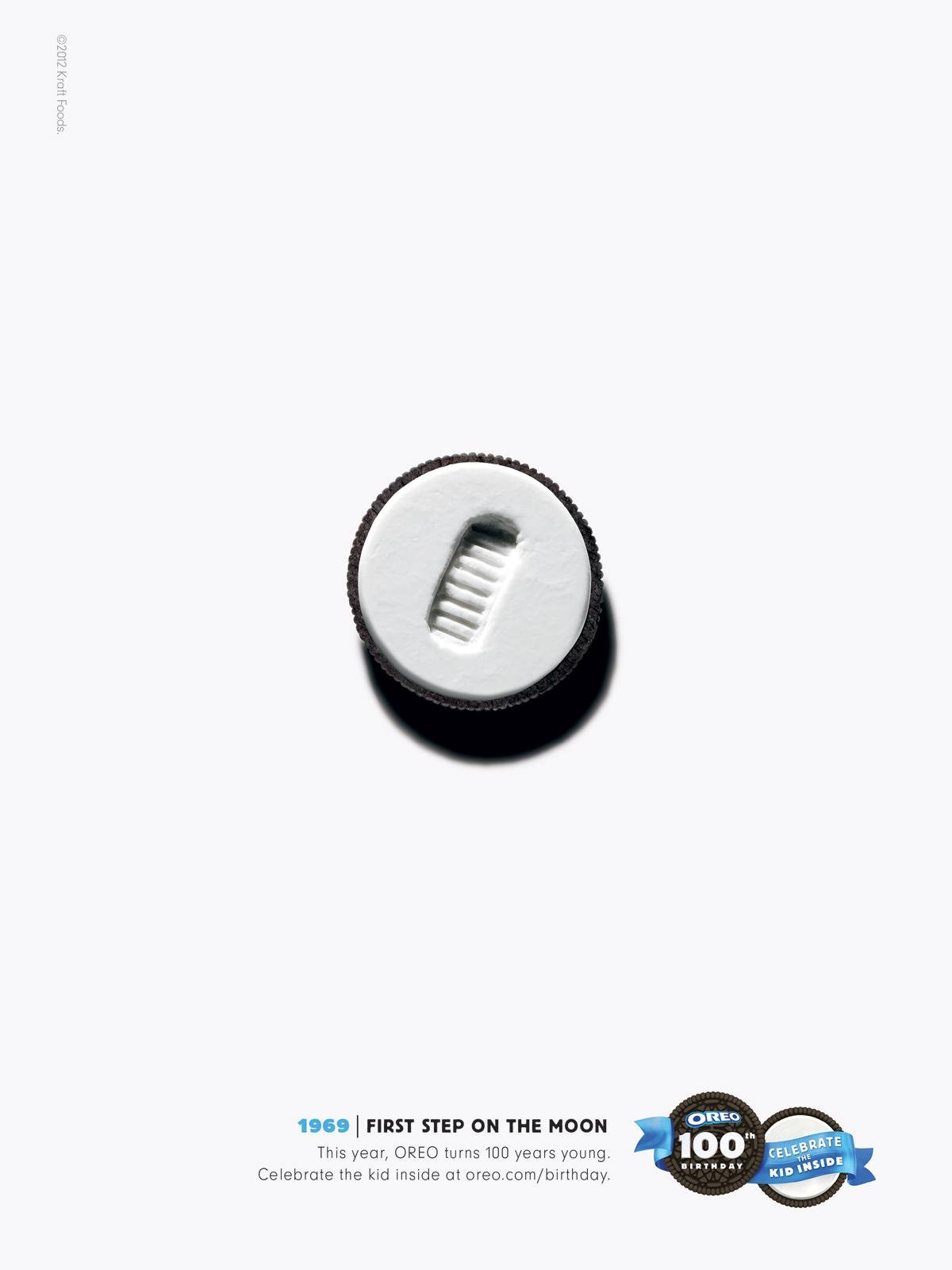 First step on the moon replicates on Oreo too. 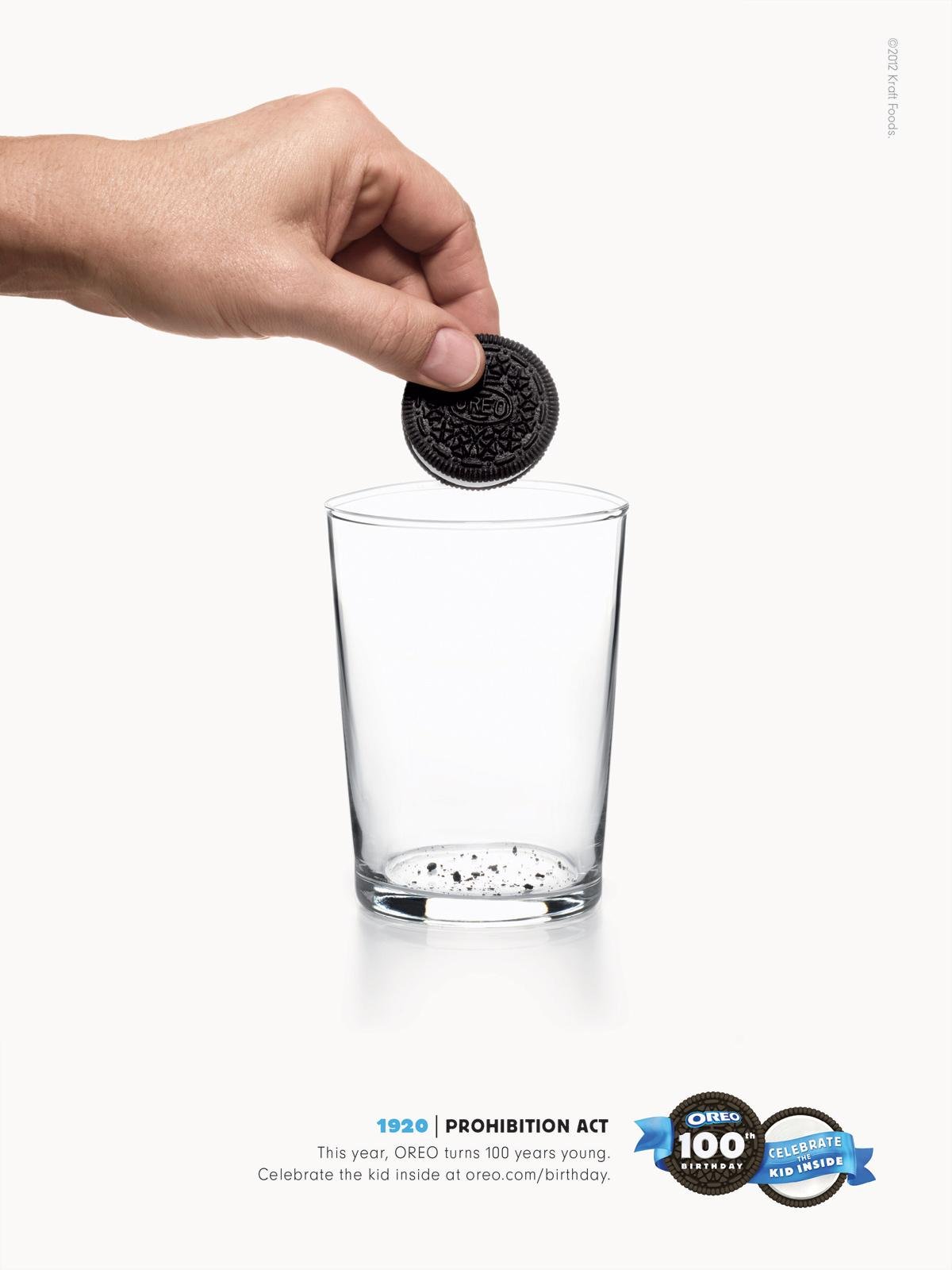 Prohibition Act did not prohibit people from eating Oreo. 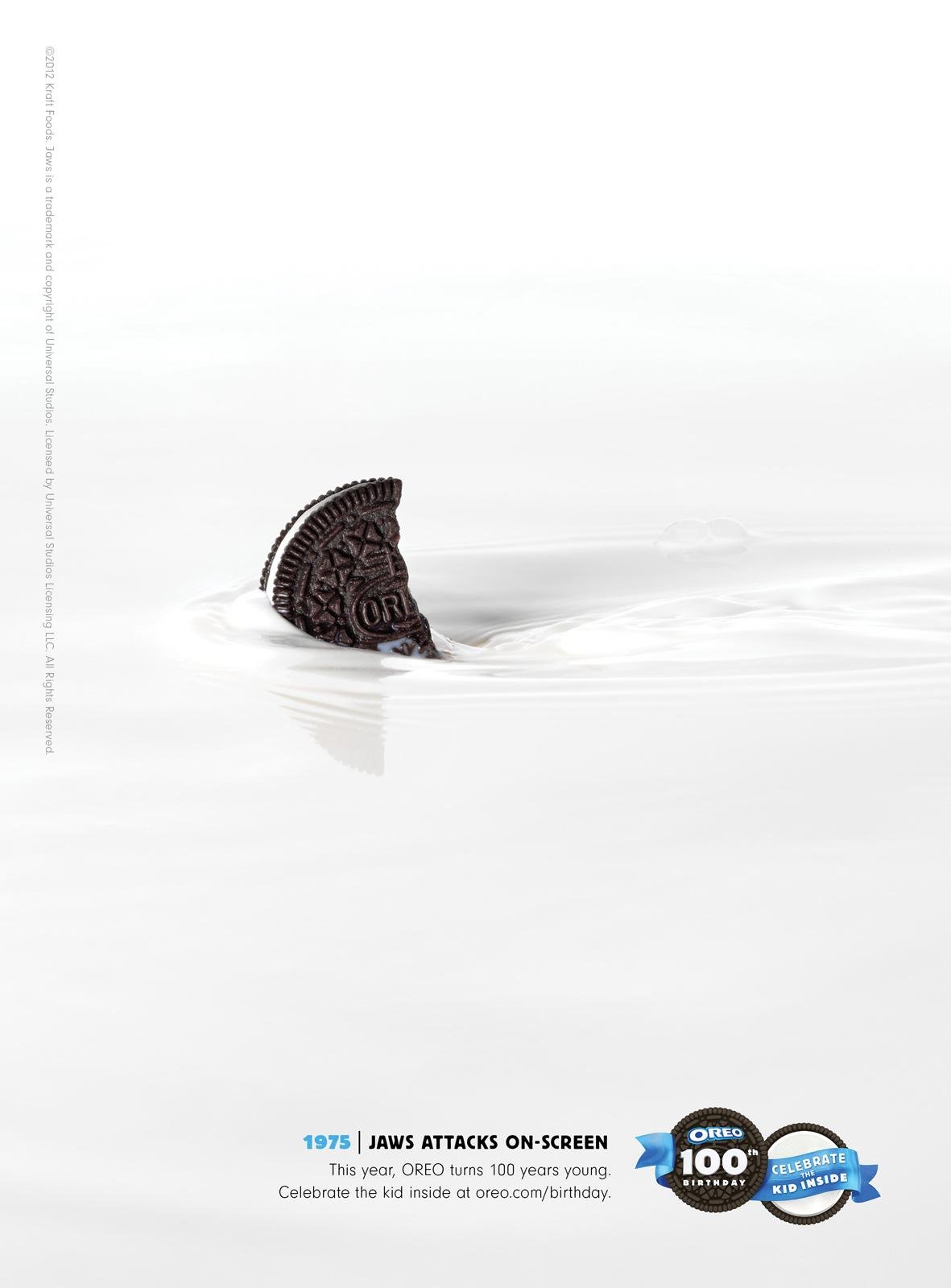 Oreo shark swimming in the sea of milk. Oreos with their baby Oreos. Peace sustained for hippies in 1967 summer and for Oreo forever.

Description: This ad campaign from Oreo celebrates its centenary with the theme “Celebrate the kid inside”.

Caption: This year, OREO turns 100 years young.
Celebrate the kid inside at oreo.com/birthday.